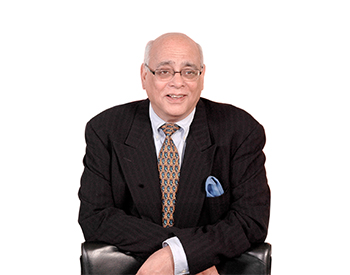 New Delhi, August 6: Chairman and Managing Director of the Escorts Limited, Mr Rajan Nanda, passed away on Sunday, August 5, after a brief illness. He was 76 years.

Mr. Nanda joined Escorts in 1965 at the age of 23, and in 1994, he took over as the Chairman of Escorts Group, when his father and the founder Chairman, Mr. H P Nanda, stepped down after a 50 years long innings.

A committed philanthropist and visionary, Mr Rajan Nanda will always be remembered for his vision of sound business governance, acumen and value driven management practices.

Known for his humility and kindness, he will always be an inspiration to everyone in Escorts family.

It was under his stewardship that new technologies were introduced in various businesses to spearhead the growth to the next level, and today, the Escorts Group is moving ahead in the high growth areas of Agri-Machinery, Construction Equipment and Railway Equipment. Mr. Nanda was also instrumental in setting up the state-of-the-art R&D facility for Escorts at Faridabad which today is the bedrock for innovation and new product development which is making Escorts an exporter to the world. Escorts is committed to continuing his work and build an enterprise of global scale.

Mr. Nanda was an active member of several apex trade and industry bodies. As a member of the CII National Council, he had served as Chairman of its Agriculture Committee.