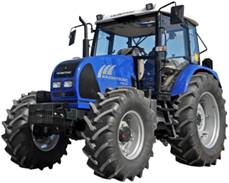 Farmtrac Tractors Europe Sp Z.o.o has launched two new models - FT7100DT and FT7110 DT in Europe. These Tractors have made their first public appearance on this year’s Agro Show, at Bednary near Poznan. The Agro Show, Bednary is the biggest farm show in Poland and draws thousands of visitors.

Until now, Farmtrac tractors covered power range of 33-88 HP. The new 7100 DT and 7110 DT models expand this range to 98 and 110 HP respectively and open up access to markets in Western Europe for Farmtrac.

Farmtrac Tractors have been in the Polish market for 12 years. The company has achieved good acceptance among the Polish farmers and is now among the leading brands of tractors sold in the market.