New Delhi, October 11, 2017: Living up to its role of a leading partner to the Indian Railways, Escorts has developed a series of new products to make rail travel safe and faster. The new products include anti lift AARH Couplers, Axle Mounted Disc Brakes, Brake Disc for high speed LHB coaches, Locomotive Brake Electronics for both Electric and Diesel Locomotives, High end Dampers for Locomotives and LHB coaches besides Air Springs. This will be aligned to modernization of infrastructure, focus on safety and enhancing the experience of traveling by train.

The new products were showcased during the two-day International Railway Equipment Exhibition (IREE) 2017, which opened at the Pragati Maidan in the National Capital today. The portfolio displayed is the outcome of its multi-dimensional product strategy with a mix of in-house R&D and Global Technology collaborations. 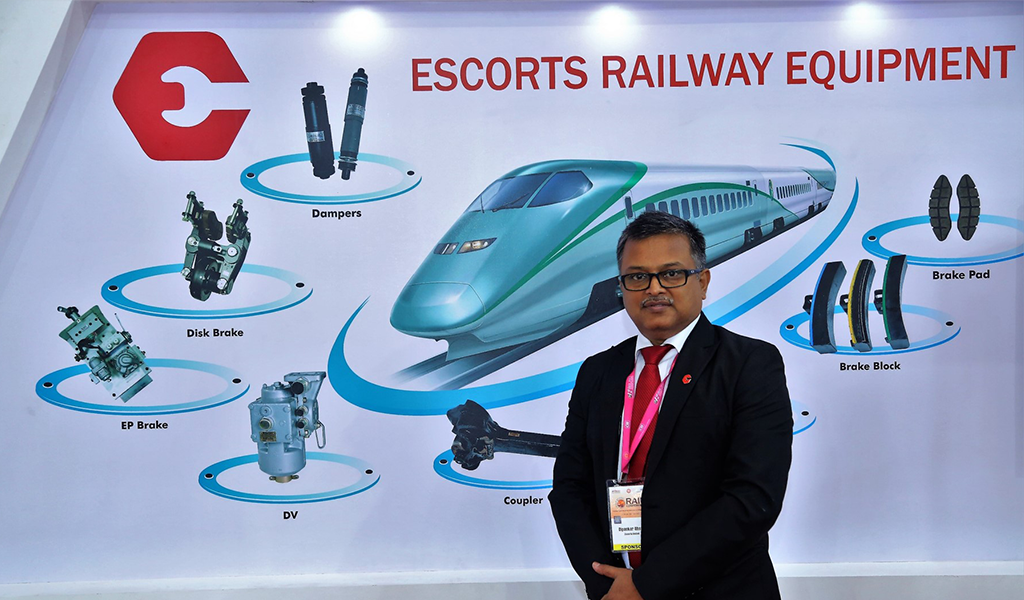 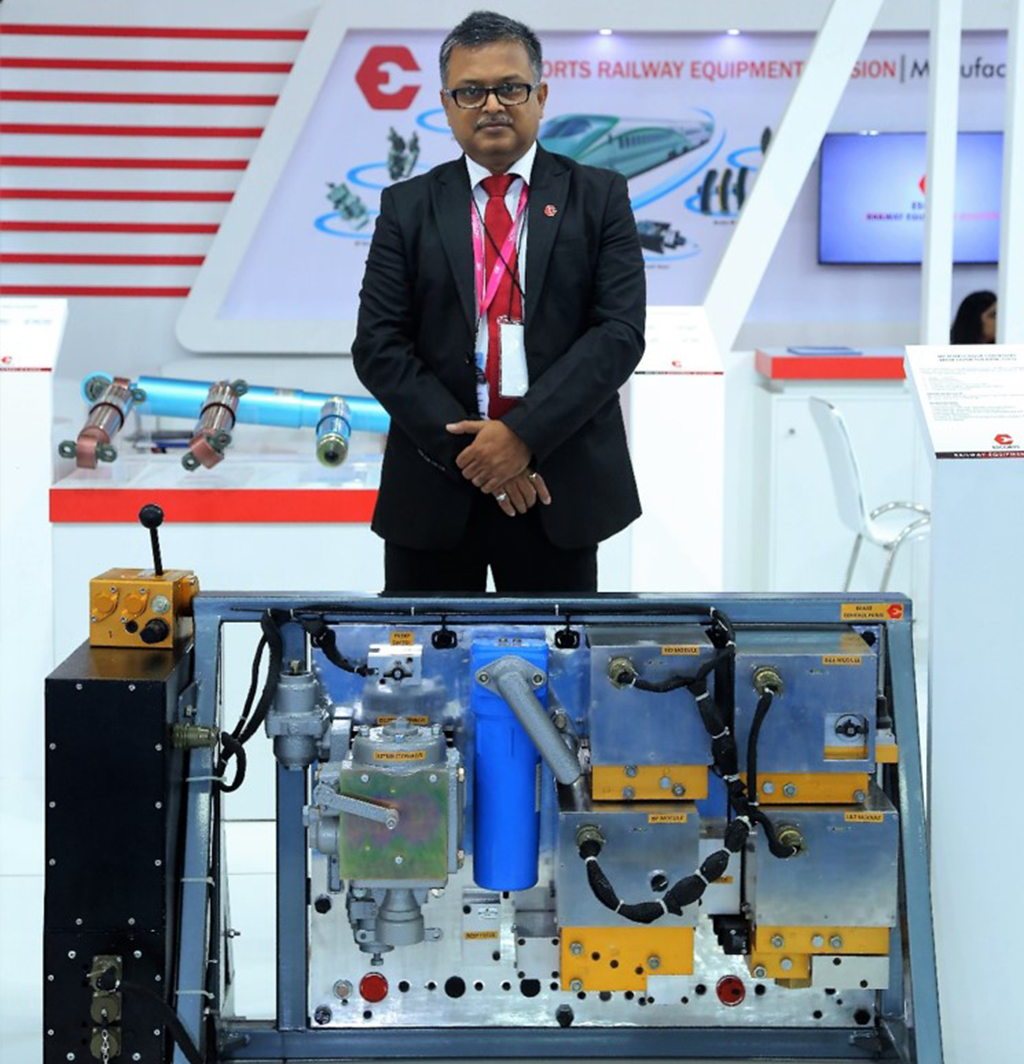 Mr Dipankar Ghosh, CEO, Escorts Railway Equipment Division (RED), said, with the government focus on safer railway operations and the huge investments planned, a big paradigm shift for the technology is on the anvil. We see a huge potential in the modernization drive of the Railways in country for Railway Component manufacturers like us. Our endeavor to make the best in India and offer India’s best to the world has also helped us identify potential markets in South-East Asian countries like Malaysia, Indonesia, Vietnam, Sri Lanka and some African countries.”

Escorts Railway Equipment Division (RED), a division of the Escorts Group, is the supplier of new products like Locomotive Brake Electronics, Loco Dampers Axle Mounted Disc Brakes, Brake Disc and LHB Dampers, besides critical railway products like brake systems, couplers, suspension systems and Rubber and Friction Products in the past. Since 1962, the company has been a reliable partner of Indian Railways throughout its journey of modernization. Escorts has a presence in almost all the rolling stock segments of Passenger Coach, Locomotive, Wagons, EMUs and Metro. Escorts Railway Products are certified to ISO 9001:2008 and its products conform to Indian standards such as RDSO as well as international standards such as UIC and AAR, besides having achieved the IRIS certification.

The Escorts Group is among India's leading engineering conglomerates, operating in the high-growth sectors of Agri Machinery, Material Handling, Construction Equipment and Railway Equipment. The Group has earned the trust of over 5 million customers by way of product and process innovations over seven decades of its existence. Escorts endeavours to transform lives in rural and urban India by leading the revolution in agricultural mechanization, modernization of railway technology and transformation of Indian construction.